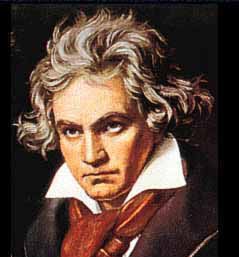 1. VOLTAIRE François-Marie Arouet reportedly downed between 40 and 50 cups of a chocolate and coffee mixture every day and paid enormous fees to have luxury coffee imported. While his doctor told the writer and philosopher that his habit would kill him, Voltaire lived to the ripe old age of 83.


2. SOREN KIERKEGAARD Kierkegaard was like Voltaire in that he needed something sweet to cut through coffee's bitterness. Biographer Joakim Garff writes of his ritual: Delightedly he seized hold of the bag containing the sugar and poured sugar into the coffee cup until it was piled up above the rim. Next came the incredibly strong, black coffee, which slowly dissolved the white pyramid. It added up to about 30 sugar cubes in a single cup. He also owned about 50 coffee cups, and tasked his secretary with not only choosing one for each serving, but also providing a sound philosophical reason for the decision.

3. LUDWIG VAN BEETHOVEN Beethoven played a strict numbers game when it came to his cup of joe. His morning routine consisted of counting out exactly 60 beans per cup of coffee.


5. L. FRANK The writer of The Wonderful Wizard of Oz was a morning person. He got up at 8 a.m. every day, ate a hearty breakfast, and downed five cups of strong coffee with cream and sugar. Then he'd visit the garden for some time with the flowers and only begin writing after lunchtime. He'd write in the garden if the weather was nice, with a cigar dangling from his mouth.

6. MARGARET The Canadian poet might be the most emphatic coffee fiend on our list, lending her name to Balzac's Coffee Roasters' "Bird Friendly" blend to raise money for Canada's Pelee Island Bird Observatory. ''The Atwood Blend'' is mild and contains a ''supple, caramel finish,'' and will only cost you $18 a pound. In her daily life, Atwood subsists each morning on a breakfast of coffee with cream or steamed milk. In her novel Cat's Eye, a little of Atwood's coffee bias takes shape in her prose: “I don't even glance at the herbal teas, I go straight for the real, vile coffee. Jitter in a cup. It cheers me up to know I'll soon be so tense.


7. DAVID LYNCH The mind of David Lynch doesn't seem like it would need much stimulation, and yet the director reportedly drinks four to seven cups of coffee with sugar each day. The most famous character he created Dale Cooper from Twin Peaks was a nut for the stuff, and Lynch even has his own David Lynch Signature Organic Coffee. He's written about his coffee obsession and describes the habit in the sort of feverish nostalgia we've come to know and love in his work: '''For seven years I ate at Bob's Big Boy. I would go at 2:30, after the lunch rush. I ate a chocolate shake and four, five, six, seven cups of coffee with lots of sugar. And there's lots of sugar in that chocolate shake. It's a thick shake. In a silver goblet. I would get a rush from all this sugar, and I would get so many ideas! I would write them on these napkins. It was like I had a desk with paper. All I had to do was remember to bring my pen, but a waitress would give me one if I remembered to return it at the very end of my stay. I got an immense amount of ideas at Bob's.

8. MARCEL PROUST many of the writers and thinkers on this list seem to get more from consuming more, Proust got his energy from a kind of regimented deprivation. According to his housekeeper, Celeste, the writer had two bowls of black coffee, hot milk and two croissants upon waking in the late afternoon, and then consumed little else. ''I've never heard of anyone else living off two bowls of cafe au lait and two croissants a day. And sometimes only one croissant!'' she wrote. Proust occasionally did dine out in the evenings, where he reportedly ate enormous quantities. The life of the artist: feast or famine.


9. LOUIS XV Louis XV of France reigned in the 18th century, but he would have been very popular today in the age of locally-grown, organic and DIY sensibilities. He grew his own coffee beans in greenhouses at Versailles, handpicked them, roasted and ground them, and loved to serve his carefully crafted brew to guests.


10. GERTRUDE STEIN A deeply held and cognitive as opposed to physical appreciation for the virtues of coffee is its own kind of devotion. Of coffee, novelist Stein wrote: ''Coffee gives you time to think. It's a lot more than just a drink; it's something happening. Not as in hip, but like an event, a place to be, but not like a location, but like somewhere within yourself. It gives you time, but not actual hours or minutes, but a chance to be, like be yourself, and have a second cup.''

11. BENJAMIN FRANKLIN Among the Founding Fathers of the United States, Franklin was also a bit of a coffee snob as well as one of the first well known coffee shop frequenters. Franklin used coffee shops to hold meetings, play chess or just hang out with his friends. When he was in London, he had his mail sent to his favorite Birchin Lane shop (which was common at the time)

12. THOMAS JEFFERSON Franklin wasn't the only one of our nation's founders to harbor a serious love for a cup of mud. The Declaration of Independence author called coffee '''the favorite drink of the civilized world'' though, admittedly, that might have had a thing or two to do with an aversion to British tea.

13. HONORE DE BALZAC Balzac's work regimen consisted of punctuated periods of intensive work and then pure relaxation extremes that were aided by caffeine consumption. During periods of work, he ate dinner at 6 p.m., then went to bed, waking at 1 a.m. to work for the next seven hours. The all-nighter was rewarded at 8 a.m. with a nap, and at 9:30 the coffee parade began. Balzac drank as many as 50 cups a day and later as his tolerance rose, he ate pure coffee grounds. He suffered physically for it, plagued with stomach cramps, twitches, headaches and high blood pressure until he died of heart failure at 51. There are a plethora of his powerful, coffee-related quotes out there in the world, but here's one for the road: ''Were it not for coffee one could not write, which is to say one could not live.''

14. NAPOLEON BONAPARTE The French military and political leader reportedly asked for a spoonful of coffee while on his deathbed, and the subsequent autopsy revealed coffee grounds in his stomach. He is also responsible for a quote that has appeared on many a coffee cup: ''I would rather suffer with coffee than be senseless.''


15. JOHANN SEBASTIAN BACH Bach loved coffee so much that he literally wrote a song about it: the Coffee Cantata, about a father and his coffee loving daughter. I don't want to give too much away, but let's just say that a lot of turmoil ends in a joyous celebration of song and a marriage contract....    "Ah! How sweet coffee tastes, more delicious than a thousand kisses, milder than muscatel wine. Coffee, I have to have coffee,and, if someone wants to pamper me, then bring me coffee as a gift!"